The aim of this study is to examine the basic parts of the supervision guide prepared by the Ministry of Education chairmanship of the supervision Committee, which is prepared for Public Education Centers, in terms of legal legislation and audit literature. By this means, it is desired to create a new perspective on the supervision guides which serve as the manual of Education Inspectors. In the study, a qualitative research method was adopted and the document analysis technique was used. During the document scanning for this research, doctoral-level theses and articles themed as an “Audit in Public Education Centres”, in the last 10 years on the internet, and legal documents included in the guideline were examined. The data obtained were resolved by using content analysis and presented under two themes: legal documents and literature. In the study, it was found that there are many main document-based inconsistencies according to the legal documents due to the Lifelong Learning Institutions Regulation published after the publication date of the guide. It has been determined that the parts that are consistent according to the legal documents are the legal bases indirectly related to the Public Education Centers. When the literature is regarded, it has been determined that the published supervision guide is generally consistent and includes information related to educational supervision. Despite this consistency, in the audit guide, along with the four codes namely "Lack of Content", "Non-attribution", "Concept inconsistency" and "Contradiction" which were seen in the expressions that differ from the literature, the deficiencies were identified. Findings have been interpreted with the support of legal bases and literature. 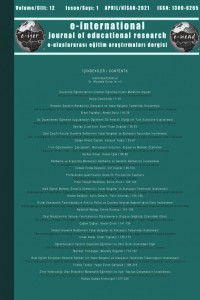